See the text in English

See the text in the original language

Bertil Isaksson works as a manager of local Radio Station. He tells a story of Meänkieli, a language mixing Svedish and Finnish.

The story is in Finnish (Meänkieli).

I am originally from Pajala and lived here most of my life. I have been away a short while, but always got back. I work as a journalist in local radio station called Meänradio. My work is closely connected to Meänkieli (=Meänlanguage). There has been a lot happened to our language. Nowadays our language is recognized and people are proud of it.

«Poikkinainti» has always been part of our lives

We are just normal people here. We are quit silent and haven’t been too loud about ourselves. The self-esteem is not very high. This is cold region, but people just stay here. Some says its periferia, a bit too far from everything. I have traveling around here and came to understand, that it has been very active place in past. A lot of historical events has happened here; the border-region of west and east has been here, which has affected to us. Immigration has been always part of our lives in some way or another. The closeness with Finnish border has affected to us, for instance we have been involved in a Finnish war during WW2.  A lot of traffic has been also across borders which has made conflicts also with different nationalities, even this is very peaceful border.

The nationalism is one issue today`s world. People are victims of nationalization created by politics. It is so sad that people are putting agains each others. Its important to fight back, because we are not just one nation here, like Swedish, Finnish or Sami, we are mixed up from different ethnic backgrounds and identities. Many times the history and culture is explained by some other – instead we need to build our own culture. For instance, schools need to teach our local history more, the history of Torne Valley region and North Calotte.

The status of Meänkieli

I have been active to bring up the language with help of my work. I know a lot of stories and people here. It has also build stronger roots to myself. I feel this place is quite exiting actually.

The language of the heart 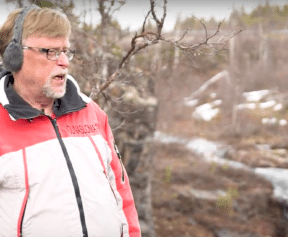 A story of how the river changed its route 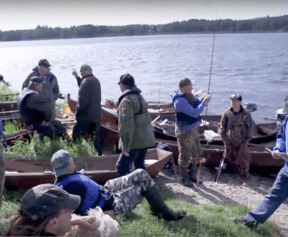